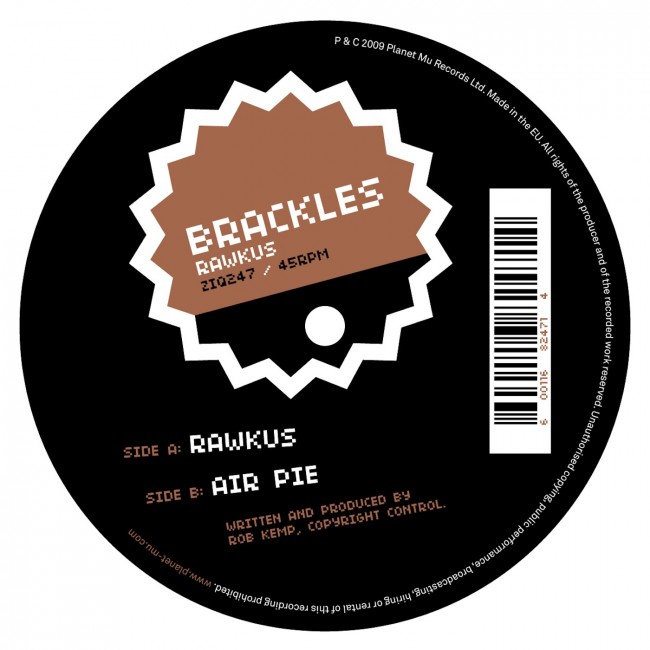 Following on swiftly from the ‘LHC’ 12 on Planet Mu, Brackles steps up once again with two dayglo , adventurous tracks that are shamelessly built for making people dance like mad.

This 12 and the first ep show a seriously fun direction for Brackles’ music that hint at a craft learnt from the eclectic nature of his dj sets and his love of 2-step garage.

The first track ‘Rawkus’ does this by pitting galloping funky drums against smeary synths and bassy old school bleeps, carefully dropping in the occasional cut up vocal sample as a nod to 2-step. It all ingeniously holds together albeit in a seriously drunken manner, evoking Detroit masters Derrick May or Kenny Larkin at their best.

‘Air Pie’ is a track that sounds like standard dubstep after a few expressos. Nervy and energetic, its stop start rhythms hark back to 2-step but the claps are pure grime and the way the track builds is something he’s learnt from prime time techno. Two thrilling tracks that take the dubstep sound in new directions. 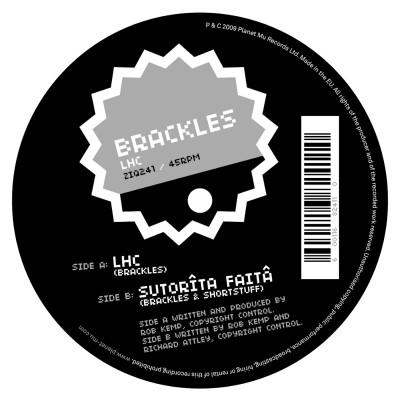