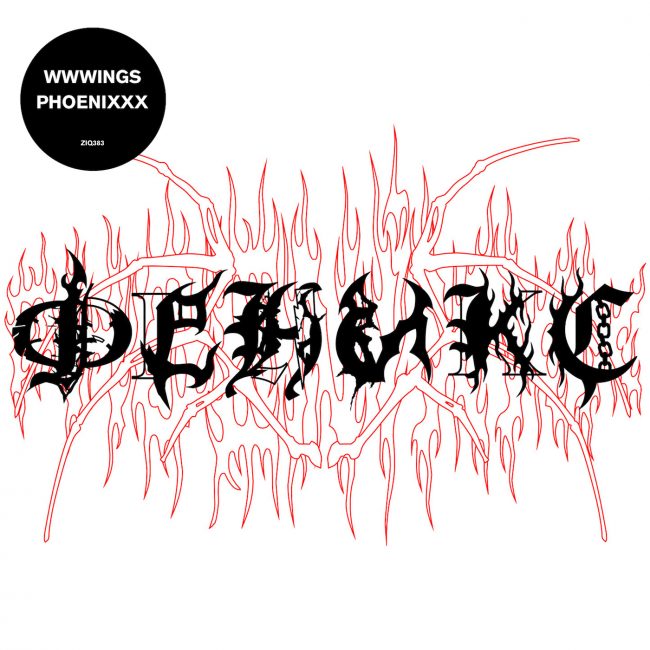 Founding member ‘Lit Internet’ says of the music WWWINGS makes: “Our main inspiration is not good for our health, we live in post-Soviet countries and for people like us with our interests and hobbies and points of view, it’s a very uncomfortable zone. It’s not about the place, actually we like the nature here, it’s about the people who rule these countries and their laws. Struggle with real life in almost totalitarian countries affects us, so I think thats why most of our tracks sound disturbing and depressive”.

WWWINGS consists of three members aged between 18 and 25, ‘Lit Internet’ from the Kamchatka Peninsula in the far East of Russia, ‘Lit Eyne’ from Siberia and ‘Lit Daw’ from Ukraine. The three of them met on the Russian social networking site VK where Lit Internet and Lit Eyne formed a music blog, prior to their making music together. Pre-WWWINGS Lit Eyne taught and collaborated with Lit Internet, creating a soundcloud page and posting a track per month, gathering interest and forming many international friendships with like-minded artists, some of whom ended up collaborating on this album. After this, Lit Internet met Lit Daw who was already a skilled producer and in 2015 the three of them collaborated on the ‘WWWINGS’ project, remotely, using the Russian instant messenger service Telegram.

With a featured artists list that features the cream of the new wave of 2016 such as NON’s Chino Amobi, NAAFI artists Imaabs and Lao, Hyperdub signing ‘Endgame’, self described ‘transhuman experiment’ Born In Flamez and DJ Heroin, PHOENIXXX is an uncompromising and highly original record.