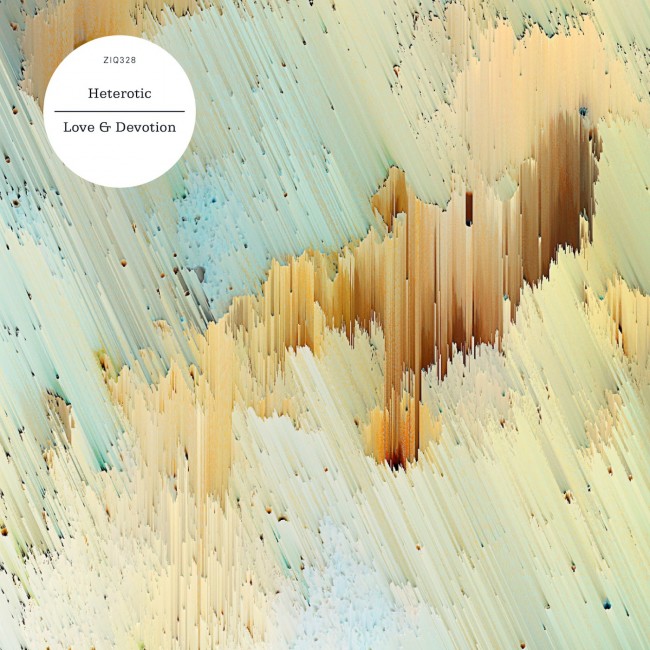 Heterotic are a group formed from husband and wife production team Mike Paradinas and Lara Rix-Martin. Mike is the boss and founder of Planet Mu, and a celebrated producer in his own right as µ-Ziq.

Their debut release is a composite of four striking instrumental tracks and four unique collaborations with Gravenhurst, the musical pen-name of Nick Talbot who is known for his dark, folk tinged singer songwriting for Warp records. They were brought together by a mutual friend who sensed potential in the pairing.

For both Nick and Mike, the project is something of a departure. Love & Devotion displays a love of hazy, dreamy eighties influenced electronic pop shot through with the dynamics and space of modern electronic dance music. The lyrics describe a world that is profoundly haunted by its past. While the allusions to a key event are cloaked in ambiguity, their echoes in the present are described in visceral and magical detail. The result is an album of tightly coiled melodies cloaked in an insomniac haze, subtle harmonic shifts and strong vocal counter-melodies conveying sweeping sketches of a troubled, neon world.

The LP opens with ‘Bliss’ – an aquatic, dreamlike instrumental that sets the scene for the record. The tempo switches up for the 4/4 piano house of ‘Blue Lights’, a scene of nocturnal intrigue, with an ambiguous cat and mouse narrative delivered via Gravenhurst’s insistent and memorable hook. ‘Wartime’ opens with a kick like a heavy heartbeat, the lyrics recalling a poignant, romantic scenario that in reality is just an idealised memory, modified and projected onto a half-imagined past. ‘Robo Corp’ – an evocative Vangelis-like instrumental – sustains that feeling, adding a subtle tension. As the blissful synthesised choirs build in the background, ‘Devotion’ presents a portrait of faded glamour and unfulfilled ambition. The mood is broken by the instrumental ‘Knell’ in which lines of synthesised guitar and harp intertwine until the track breaks into an unexpected coda, giving a sense of resolution. ‘Slumber’ takes things down to stumbling pace, the drum kicks buried in echo over a muted bassline, as the lyrics describe the solitude of empty streets in the early morning when the party is over and the detritus of a night’s compulsion and excess are laid bare. ‘Fanfare’ is a suitable denouement with echoed 808 drums, mournful synthetic horns and a bassline that sound like a flickering opiated grime instrumental, finishing the album with a sense of bittersweet triumph.

Says Talbot, “Gravenhurst has always been a completely solitary project, I’d never written lyrics and vocals for someone else’s music before, so Heterotic presented me with a challenge, it required me to compose in a completely new way. The tracks Mike and Lara sent me were already melodically strong; I had to create worthwhile counter-melodies rather than just echoing what was already there. The vibe of the music was nostalgic for me, it evoked the dance music of the late eighties and early nineties, when I first started to go to raves and experience the euphoria of that scene. This got me thinking about the fragility of memory, about the idea of the unreliable narrator, and how we so often fill in the blanks and idealise the past. Our identity is totally dependant on memory, but given that memory is demonstrably unreliable, we have to accept that we are incoherent as people. The only way in which we exist beyond death is in the minds of others; for those who have no relatives, when the last house clearance is completed and the family photos dumped on a landfill, those people may as well have never existed. That is a profoundly melancholy notion, but it simply means that we have a duty to embrace the present, because the present is the only reliable dimension. You must find your peace and purpose in the present or not at all. This is the common theme of the four vocal songs on this record, and I believe they hang together as among the best lyrics I have written” 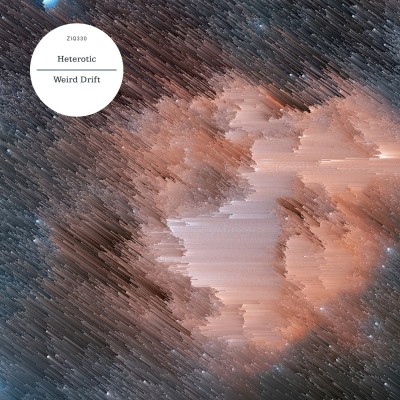 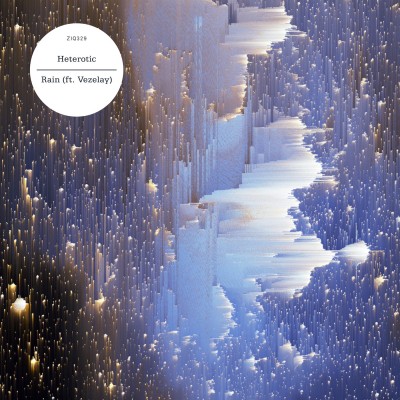 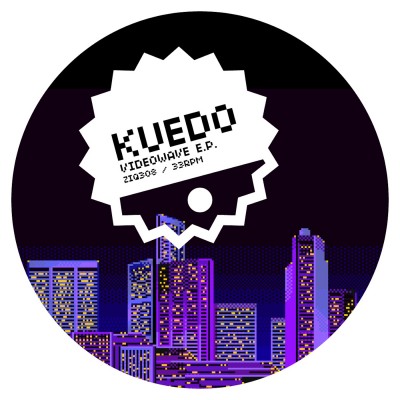 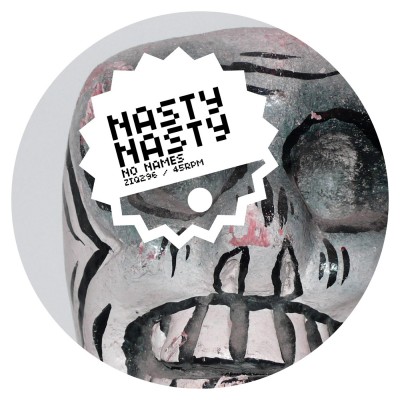