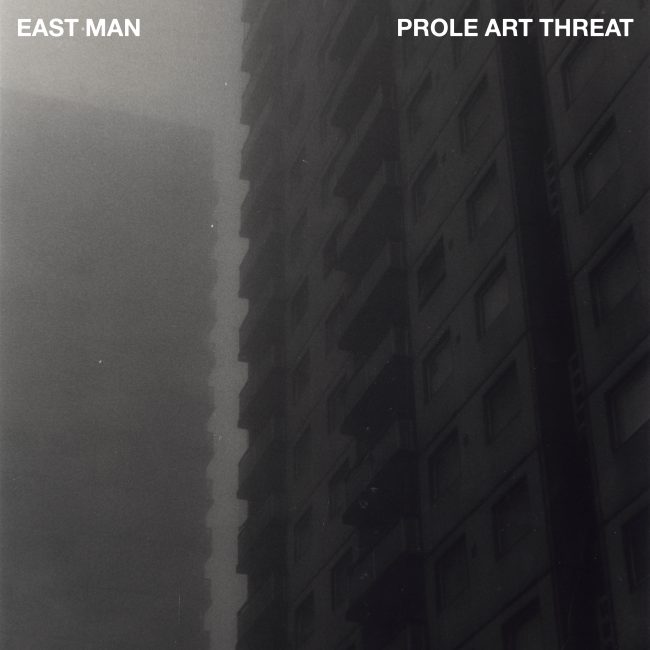 ‘Prole Art Threat’ is producer Anthoney Hart’s second LP for Planet Mu under his East Man alias, after 2018’s well received debut ‘Red White & Zero’. It brings together a set of MCs from all over London, Darkos and Eklipse from East London and Lyrical Strally from near Feltham who were on the first album, Ny Ny and Mic Ty also from East London, Streema and ‘Vision Crew’ member Whack Eye from Lewisham plus Fernando Kep, an MC from the burgeoning Brazil grime scene. They work across a cohesive set of tight riddims forged from thoughtful amalgams of grime, dancehall and drum & bass.

The album takes its name from a Fall song/mission statement of the same title, the band being self-consciously working class and led by a brilliant autodidact in Mark E Smith. East Man relates that the title is to be taken as “a reflection of working-class creativity and how the establishment marginalise us and (perhaps on a subconscious level) see us as a threat.”

Les Back, author of ‘The Art of Listening’ and ‘Out of Whiteness: Color, Politics and Culture (with Vron Ware)’ contributes liner notes to the record:

East Man understands the force and the democracy of the mic. Listening to Prole Art Threat is like being at a dance. As the mic is passed between each of the MCs, a different tale is ‘elevated… off the map’ as Ny Ny puts it. We hear instalments from Forest Gate, Lee, Lewisham and Manor Park as these ‘lyrical gaffers’ and ’top boys and girls’ tell tough stories of life under the scrutiny of the ‘Feds’ in a brutal and divided city. The bars and rhymes document what it means to live here; from the double standards applied to the sexuality of young girls and boys to the corrosive violence of everyday life. All this is dissected without compromise. This is not just a London story though, the inclusion of Fernando Kep from the burgeoning Grime scene in Brazil is evidence of the outernational reach of the music.

The tracks on East Man’s album explode the wilful ignorance of those who see ‘the working class’ in contemporary London as code for whiteness. This is the sound of a proletarian urban multiculture, made from Caribbean and African influences, sound system culture, pirate radio and the inexorable rhythms of Grime, Drum & Bass, Techno and Dancehall. It is the stirring of the “white” & “black” working classes who are living together and coming together on their own terms in sound. ‘Making music because you love it… what the fuck else could you do?’ as East Man says. The tracks and voices you are holding in your hands are, as a result urgent, vital, as hard nails and twice as sharp. 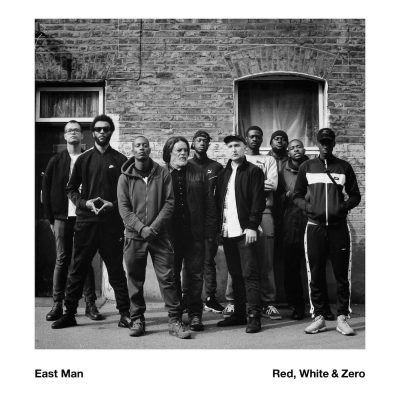