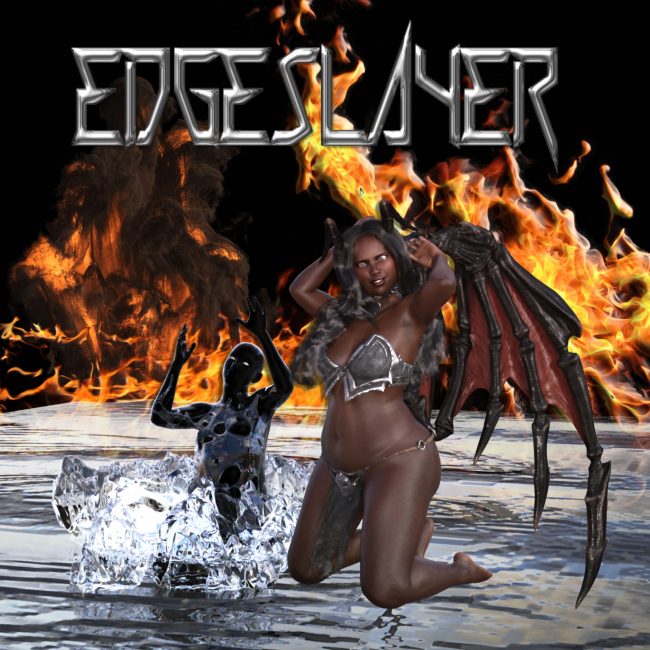 Louisiana based, New Orleanian multimedia digital artist and music producer Edge Slayer works with an LGBTQ+ team to put on events in New Orleans, helping to create spaces where trans women – specifically black trans women – have a space to be themselves. This can be seen at Séancé, a party specifically centred around black women and at an alternative pride party called Barbie’s Inferno, an all-pink party/installation that she says looked like a funhouse mirror, “Malibu Dreamhouse airlifted to the fiery shores of hell.” as quoted in her interview with Jezebel.

Edge Slayer’s self-titled EP combines ambient and harsh noise with club, vogue and New Orleans bounce. She creates eerie, haunting harmonies over distant skeletal beats with soulful heartache and spiritually jolting vibrato. The opening track “Roll Me One” is a well of emotion, an outcry for help that is met with unwanted pity, while “Ratchet Weave I Believe” is an echoing siren at the club in the negaverse. “More Femme” is a vocal onslaught of presentations of femininity: a trans woman questioning what it takes to become safe in a society that scorns her. “No Safe Space” is a dystopian use of space and reflection to echo that supposed safe spaces are not actual safe spaces. There is a subtle feeling of fear that comes on with its descent into darkness.