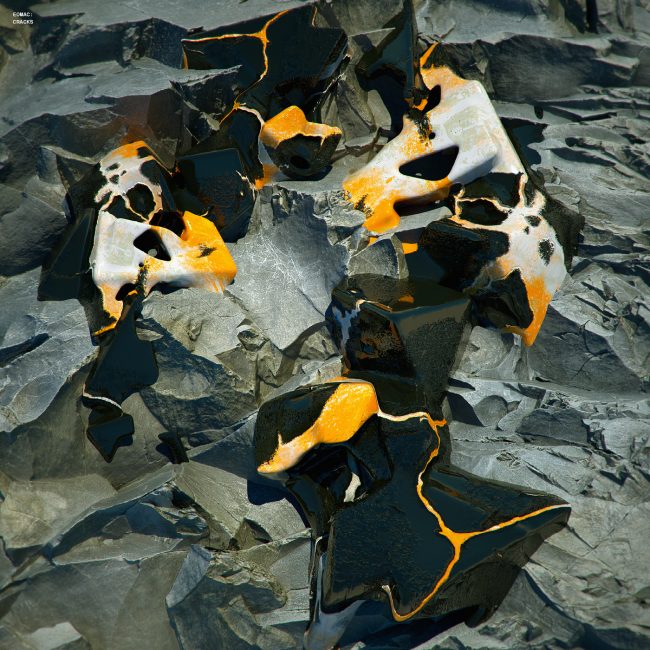 Ian McDonnell is an Irish producer living in Wicklow near Dublin. Alongside his solo releases as Eomac he’s also one half of the duos Lakker, noeverything and Lena Andersson.

‘Cracks’ represents a change of scenery and a change of practice from his previous two albums which were both conceptualised from the outset and recorded while living in Berlin. In contrast ‘Cracks’ was made in a beautiful rural part of Ireland without any outside pressure. These circumstances allowed Ian to wipe the slate clean and make an album guided by his mood on any particular day, connecting into the subtle power of his new environment and reflecting it, rather than working to please the suffocating demands of clublife. The title ‘Cracks’ comes from the idea that, to quote Leonard Cohen, a crack is “how the light gets in”, but also of course it’s a title that bears witness to the cracks fomenting in the world right now.

The music comes across with depth and passion, sounding deep and mossy with Eomac’s penchant for punchy, shuffling drums underpinning the emotive tracks. From the off, the furious ‘Mandate For Murder’ flips and repeats Akala’s protest about systemic racism, rushing deep into the panicked sirens of ‘Portuguese Man O’ War’. The album settles into a sense of mystery, wildness and dark otherworldliness with the foggy drone and timber kick of ‘Ancient Self’ reflecting the awe and spiritual connections to his new environment, much like the gorgeous strings and aqueous bleeps of ‘Seashells’ or the pitch-shifted shoegaze of ‘Prophetess’. At other points it responds to the human condition, for instance the cathartic ‘Falling Through the Cracks’ where a broken scream is pitted against clattering drums. At other moments it simply reaches out; ‘Reasons to Live’s’ whispered mantra of “I know you are loved by somebody” is gently insistent.

It ends with a reference to a place he’s left behind, seen through the lens of nature. ‘All the Rabbits in the Tiergarten’ could be a missing track from Aphex’s Ambient Works, albeit with cut-up scissoring drums. The album is a fruitful move, inwards and forwards.

01 Mandate For Murder
02 Portuguese Man O’ War
03 Ancient Self
04 What Does Your Heart Tell You?
05 Falling Through The Cracks
06 Reasons to Live
07 Seashells
08 Canticle
09 Prophetess
10 All The Rabbits In The Tiergarten