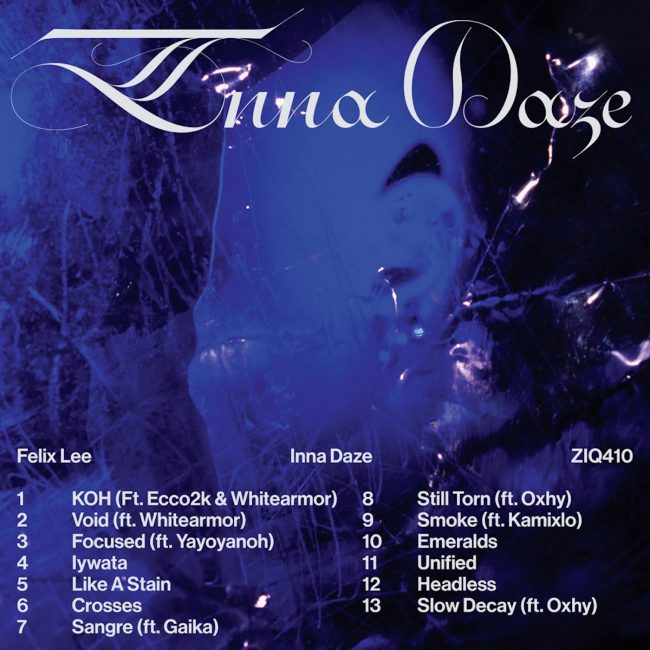 Felix Lee has created a world for his debut album “Inna Daze“, a kind of post-human environment where the sun never really rises and everything is lit with a burnt out glow. These are survival ballads for the near future, whose vocals, mutated to fit into this setting, drift in a haze of dissociation. Musically, at first glance, it’s sparse and minimal but with continued immersion, subtle iridescent-light shadows shimmer around grainy colour, sub bass rises through kicks and snares retooled from their surroundings, not so much refixed as decaying.

Felix has been here before in his incarnation as Lexxi, making his debut appearance on Total Freedom’s 2012 “Blasting Voice“ compilation, and as a co-producer on Elysia Crampton’s “Demon City“ album. He then went on to release his first instrumental EP “5TARB01” in 2016 on his own imprint Endless. He also runs an NTS show of the same name, along with previously holding raves, cross pollinating and interacting with the vanguard of the electronic underground. The punky crunch of those earlier releases is reflected in tracks like “Smoke” made with long time collaborator and southside resident Kamixlo. These club moments inevitably give way to the vocals, conveying a feeling of loss and renewal. Intended to exist both inside and outside the club, it’s an electronic music that at times feels like a skeletal take on shoegaze, solidifying that feeling with the intense rising synths of the album closer “Slow Decay“.

Inna Daze’s features include Drain Gang members Ecco2k and Whitearmor, Yayoyanoh, Quantum Natives’ Oxhy, and Gaika, as well as Felix making his debut as a vocalist, his voice filtered through effects to give it a slippery, steam-like texture, echoing around the songs, giving them a second skin of sensed abstraction.

One of the most thoughtful and interesting debuts of 2019, “Inna Daze“ beckons the listener into its simultaneously toxic and beautiful sound-world. Keeping enough distance to provoke more questions than answers, the album unfolds in a different way on every listen. 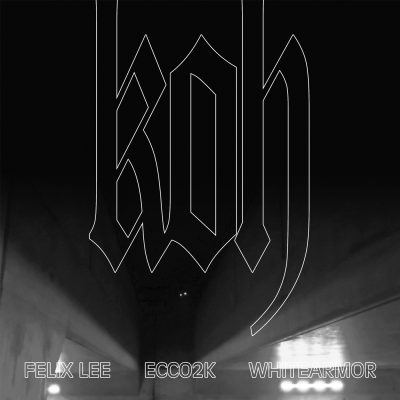