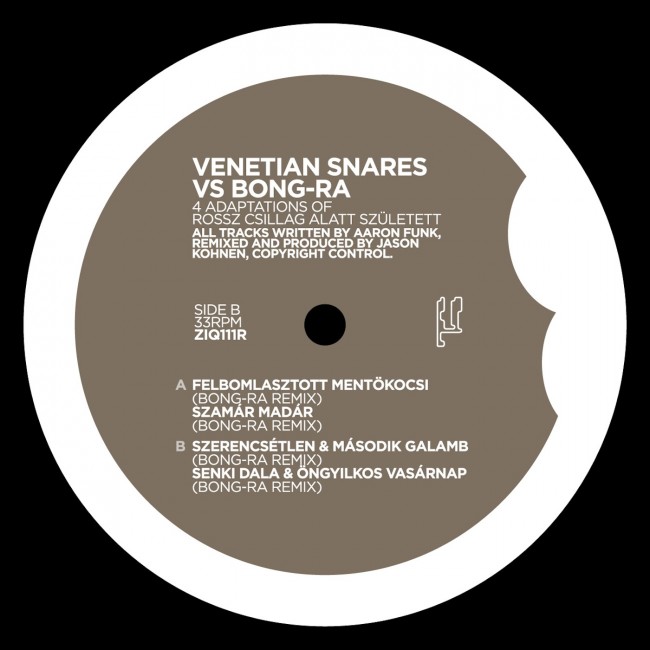 “It was on a rainy Easter Sunday 2005, when I decided to listen to the ‘Rossz’ album for the first time. I had heard some gossip that this was Aaron’s best album thus far…I wasn’t really in the mood for a Snares Megacore attack, but it was either him or the Pope’s easter speech on TV… So I loaded the tracks into iTunes and after track three… the Gloomy Sunday tune, I was mesmerized… I was just finishing off work on The Kilimanjaro Darkjazz Ensemble tracks, and the fact it was a lovely miserable afternoon there was no option but to indulge myself into this sonic heartache. So…these 4 tracks are really personal adaptations rather than remixes – as the originals need no extra fiddling with anyway…
If you like the tracks, its worth checking out The Kilimanjaro Darkjazz Ensemble, out on Planet Mu later this year.
Also, we’ve decided to give all the profits of this release to the Cats’ Home in Winnipeg and Utrecht, so at least you’ll be making several cats happy!”